I decided to make the White Velvet Cake – page 17 – but with Lemon Curd filling instead of milk-chocolate Ganache.  Seems better to me for the birthday cake today.

The recipe is straightforward – a butter cake – I’ve made it before for wedding cakes.  Simple.  Glad it’s in this book.  So I decided to use my 9″ pans.   That would prove to be a mistake.  I would learn that my pans weren’t deep enough.  Ooops. 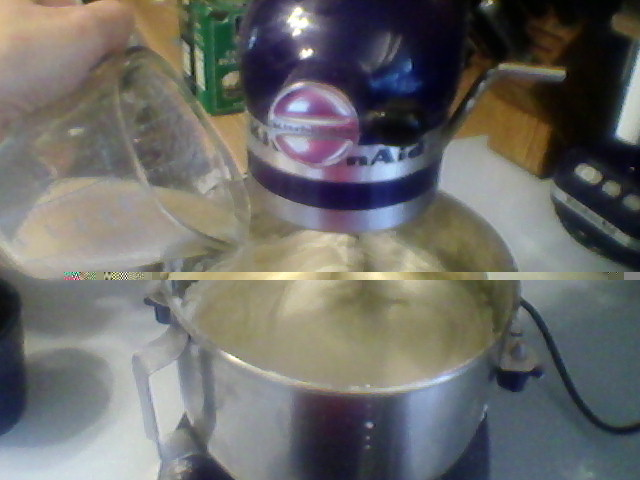 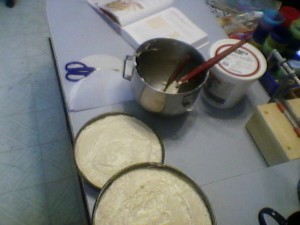 I was asking my family — who was watching the woodstove?  I sensed the fire was a bit too hot — I mean, it just smelled too hot.  When the timer went off for the least amount of suggested baking time I opened the oven to have a look at the beautiful cakes  ——– what?!?!?!  Smoke??!!??!!?! 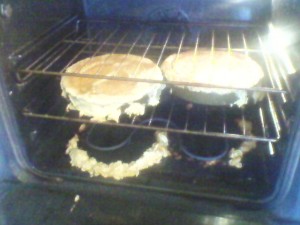 What to do? What to do?  Well… I got the large barbecue spatula and removed the bit of barbecued cake I could remove and then… I just decided to let the cakes finish baking and I’d assess the situation in ten minutes.  And when the timer rang and I removed the cakes from the oven over to the cooling racks, I decided they were salvageable… so there they stayed to cool.

A bit later I removed the pans and the parchment paper stuck to the bottom of each layer and proceeded to fill and frost the cake.   With the heavenly lemon curd and the Neoclassic Buttercream that was going to go on that  cake. — I knew it wouldn’t matter at all what happened along the way…